You see them everywhere. Running to and from classes, picking up after their child, “helping” them up and down the slide (even when they are 2 years old and capable), rushing to lift them up every time they fall. Dubbed “helicopter parents”, they are becoming more and more common everyday. They hover over their children constantly whether it is watching them or doing things for them (that they can do themselves). A lot of research has shown that this often leads to depression in adolescence as they feel like they aren’t capable of doing things. But as always, there are two points of view to any debate. There is also the view that by nurturing our children and being around, they grow to be confident and able young adults. 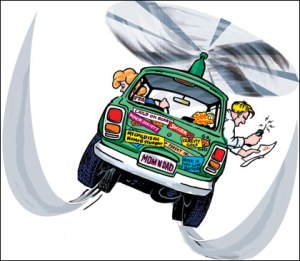 So what do I think? Well I think both cases are true. You have to be there for your children, give them your time but be a “submarine” mom or dad instead. Stay close by, in case of real danger, but out of sight so your child learns to play on their own and not get into the habit of running to you all the time. We need to stop micromanaging our children and allow them to grow into strong independent human beings.

I sometimes wander where all this helicopter parenting comes from. As far as I can remember, when we were kids we didn’t have all the gadgets and gizmos that todays generation has. We played out on the street outside our homes (or in compounds), we went home when we knew we had to. We fell down but we picked ourselves up, dusted ourselves off and went along. And we turned out fine. So then why do we (the generation who were given all that independence), choose to hover over our own children? 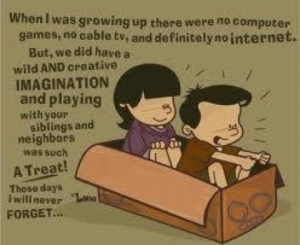 Has the world become more dangerous? Have we just become more aware? Is it just paranoia? Do we not trust our children?

What do you think?

*For another interesting take on this subject, read http://blessedexistence-blessed.blogspot.hk/2012/08/helicopter-parents-vice-of-over.html

2 thoughts on “What the HELI is going on?”