Two weeks ago I went to view some playschools for S to go to while we’re here in Lagos. One of the teachers was asking me about him to assess the class he should be put in. I explained to her how he’s very physical (can do most things a 2 year old can do; he’s only 19 months) but is not very verbal. He can string whole sentences together but only with sounds of words, hums the tunes of his favourite nursery rhymes and understands everything I say to him BUT won’t speak (with the exceptions of “mama” and “ba” (dog)). Her advice to me was to ignore him. If he wants water and points to his bottle and gestures, I should ignore him until he says water or bottle (or words that sound that that). For anyone who knows me or reads my blog, you’d know how shocked I was at this. Ignore my son? That’s not the way I’d teach him. 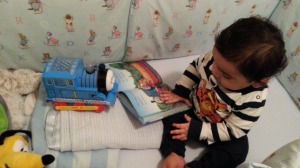 For those of you who may have done this, and it worked, no judgement. But this doesn’t sit right with me. I get many people saying “You’re too soft, he’s just lazy because he knows you understand him without words, that’s how he’ll learn” but that’s not the way I’d choose to teach. S has been read to every night  since he was 6 months old, he understands instructions, he’s smart, lively and has a sense of humour. So to the teacher who told me to ignore my son until he speaks, when he is ready, his words will come. And until then I’ll enjoy his humming and his monopolising of the word “mama” 😉 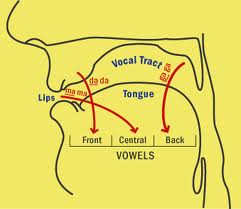 For more information on how you can gently encourage language in your kids, this website  gave some great advice.

4 thoughts on “Encouraging Speech and Language”