If like me, you’re raising a child in the 21st century, one of the things that will most probably play a large part in your child’s life is technology. Gone are the days when you could entertain your child with  simple things lying around the house. Now a days children as young as 2 know how to use an Ipad and children can send emails by the age of 5. Last week, I was watching S play on an Ipad when he started closing all the running applications. Even I don’t know how to do that with one of the new Ipads. My not-even-2 year old taught me something.

There’s often a lot of controversy surrounding the use of technology and how much is too much? Many a times I see posts and pictures on Facebook of how children grew up in the 70’s/80’s and 90’s and how it is so different from the way things are now. And while I do love the way I got to grow up and the freedom I had, I myself am a huge fan of modern technology. And when my son sees my head buried in my phone writing an email or a message, how can I then expect him not to be curious about what my phone can do?

Where I think it becomes a problem is when you have children who’s heads are constantly down, playing a game or watching a show. When technology replaces conversation and online gaming replaces outdoor time…fresh air, runs, walks, climbing, monkey bars. I think there’s much to be learnt from playing outdoors and falling and hurting yourself but getting back up again.

Are we, 21st century parents, who were raised with all the freedom, now holding our children back? Are we overprotecting them from life’s natural lessons?

This is something I think all parents today need to think about. As long as it is not raining, S is outdoors everyday. Whether it’s walking in the park, at a playground or hanging out with his cousins in their garden.

Where do you draw the line when it comes to how much technology your child uses vs. natural outdoor play time?

One of the questions I get asked a lot is about my sons routine. Back in the day our parents didn’t really have routines, baby woke when they wanted, slept when they wanted and they were all fine. But things have changed. This is the 21st century, women are working, babies have all sorts of classes from as young as 6 months, we don’t live in extended families as much anymore where someone can always watch our baby. So I think routines are pretty important.

When I say routine let me clarify I’m not a Gina Ford fan. That’s the second question I’d often get. “Does your baby follow Gina Ford?” The answer is no. He put himself into his own routine which I tweaked here and there. It’s similar to Gina Ford, give or take an hour but I couldn’t put him down, not look at him, let him cry to sleep (as she suggests). I’m sure anyone who knows me knows my take on CIO.

So why do I think a routine is so important?

Well your child is a lot less cranky when he/she is getting enough sleep. I truly believe babies thrive on routine. They know what is coming and what to expect. It’s good for moms as well because they get a chance to relax, a time out when their babies are napping. I also think it eventually helps a child to sleep through the night without having to let them CIO.

My son has always been in a routine and it’s made life easier for me and happier for him. He’s 17 months old and today at 11:15 he pointed to his milk bottle and then went and stood at the stairgate beckoning my helper to take him up for a nap. He never ceases to amaze me. Watching him learn and understand new things on a daily basis is the greatest feeling.

Routines take time to become established but in my opinion, once they are, you’ll be happy you have one. It’s difficult to sometimes read a babies cues. Are they crying because they’re hungry or tired? When in a routine you can rule these out and often understand the cause of their discomfort quicker. 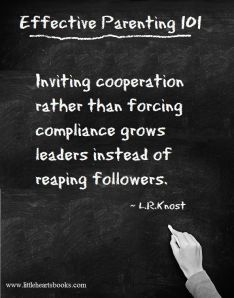 Is your child in a routine? Did you use any methods to get them sleeping through the night?